I’m Almost All Caught Up

My goal for this week was to finally get completely caught up with my BOM blocks and I was pretty successful! The only block I wasn’t able to complete was the main block for June…and since we’re still in June I don’t think that counts as a detriment to my goal. Plus, I’ll be able to finish it next week, which I’m really excited about it.

The smaller 6 inch blocks are fun to do and they’re pretty fast to complete. It helps so much to have my Ideal Seam Guide to keep my seams so straight and perfectly measured. When I combine the guides with glue basting it makes it even faster. Plus, it saves my back. I don’t hunch over my machine making sure my fabric is lined up and in the correct position. I don’t need to. The guide keeps them perfectly in place. 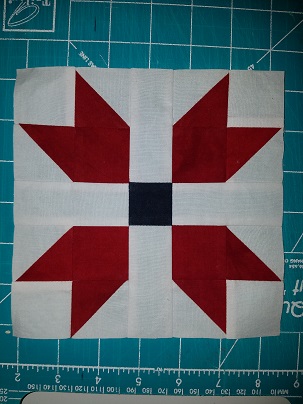 These are my favorite little blocks so far. There are only four of them total in the whole quilt, but I love the design of them.

I also finished another Ohio Star block. This makes four total that are complete so far. I still have four more to do for a total of eight I believe. 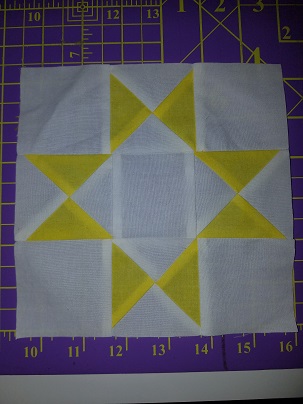 In addition to these smaller blocks I also started on the sashings that will be accenting the quilt. There will be sixteen total sashings so I still have a lot to do, but they’ve been spaced out through the next few months and only 2 are expected to be done by now so I’m on track. I’ve already cut out most of the grey material that I need to do the other sashings as well, I just need to cut out the snow and put them together. 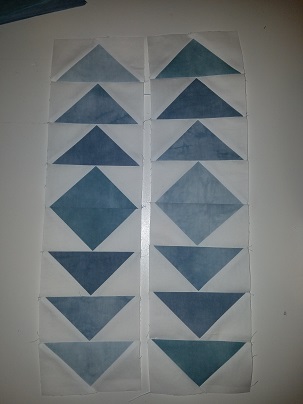 They’re measuring right on width wise but they are measuring too long in the length. I’m not sure how to fix that so I”m leaving them for now, especially since I’m really loving how the points have come out in the flying geese.

I can’t even begin to express the excitement that I’ve been feeling as I’m continued to make progress on these blocks. When I first started it seemed impossible that I will have a completed queen size quilt when I’m all done, but as I’ve watched my pile of completed blocks begin to grow I can start to see it.

I’ve spent a lot of time looking at the pattern for the completed quilt and I’ve been so nervous to attempt some of these blocks, but it’s been a slow progression of difficulty which has been much easier to master. Now, I look ahead and I get so excited to tackle the different blocks that are coming up. I still can’t think about quilting this thing when it’s completed, but I’ll tackle that when it gets closer. 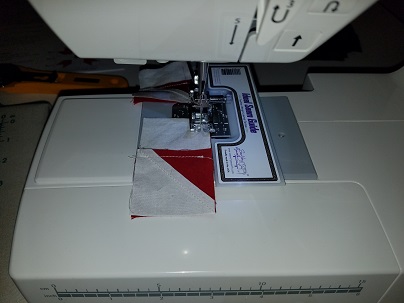 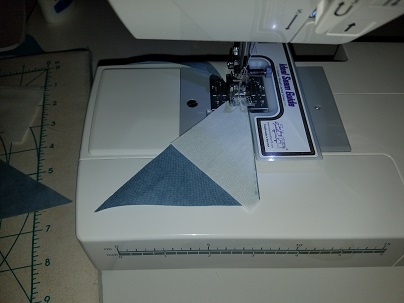 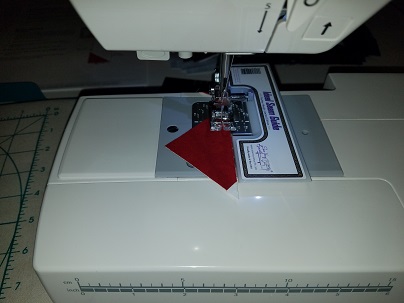