I missed last week and it was very strange. It was the first Friday I haven’t posted in over a year and a half.

What was I doing instead of writing for all of you?

I was spending the week in the woods with a bunch of teenage girls. I hadn’t been camping in fourteen years so I was a little nervous that I wouldn’t be able to sleep but I was so tired at the end of each day that that really wasn’t a problem.

The strangest thing was having so much time to do whatever I wanted to do without having my kids want to contribute to my project. I wasn’t able to sew, which was disappointing, but I also wasn’t sucked into wasting time on my phone because I didn’t have any service up on the mountains.

So what did I do? I spent all of my free time coloring. It was glorious.

Now that I’m back I’ve had to balance working on sewing with spending time with my kids who really really really missed me last week. The result was only one finished product, but it’s one that I’ve wanted to finish since December.

I made a laptop bag that matches the one I made for my mom for Christmas, I will use it to store my light board that I received for Christmas. I haven’t been using the board as much as I would like to because it was a pain to get in and out of the box but due to how thin it is I wanted to make sure it was stored properly. Now, I will have easy access to it and be able to use it regularly.

The first thing I’m going to do is use the board to trace the pictures of the two quilt tops I have finished that I have yet to quilt. Then I will plan how I want to quilt them, finally. It’s taken me so long to quilt them because I had planned on free motion quilting them but I’m feeling anxious to get them done and I’m nowhere near experienced enough in my free motion quilting. The last thing I want to do is ruin these quilt tops with a bad quilting job.

I guess we’ll see if I can come up with something that I like that can be done with a typical sewing foot. Wish me luck. 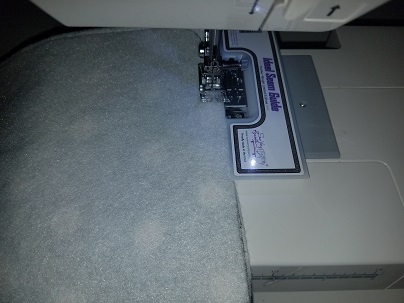 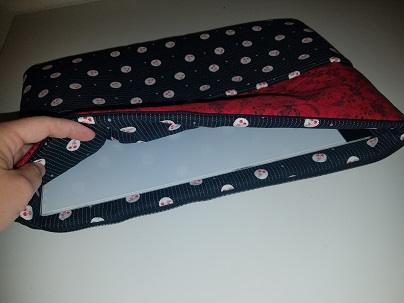 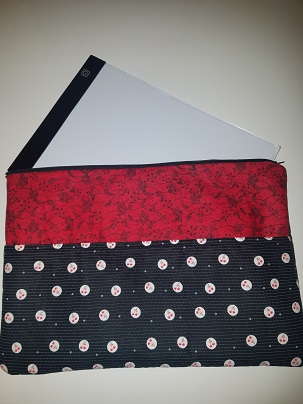