This weeks blog is a few days early because I’m about to leave on a trip and I won’t have my computer with me. I hated missing my post a few weeks ago so rather than not do one at all, I’m doing it early.

I am so excited about my plans for my red and black quilt. I’ve been dreading quilting it for so long because I had no idea what I was going to do. When I saw this quilt a year and a half ago hanging in the Sacramento quilt show I fell in love and had to have it.

That quilt had been quilted beautifully with an intricate free motion design. I had hoped that I would be able to learn enough free motion quilting to allow me to replicate that pattern. No such luck.

Every time I’d try to think about the quilt pattern I should use I kept being drawn back to that hanging quilt which blocked my ability to come up with something new.

Thankfully, once I traced a picture of the finished quilt and actually set to work designing I found exactly what I want to do.

It’s a very simple plan, but I love it that way. I don’t want anything to take away from the design of the quilt so I’m going to stick with a simple zig zag on the border and some X’s on the small squares. The rest will just be in the ditch stitching of the entire quilt. I absolutely love how this looks and it will be so much easier to do on my machine.

This week I also performed surgery on a few of my kids stuffed animals. Two had wholes in their necks and the third had completely lost its wings. Sewing those wings back on took a lot of patience but I’m happy to report that the duck has made a full recovery.

Next week I should be able to start quilting if I can get the batting and the backing washed. 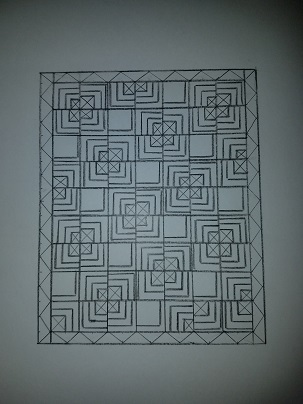 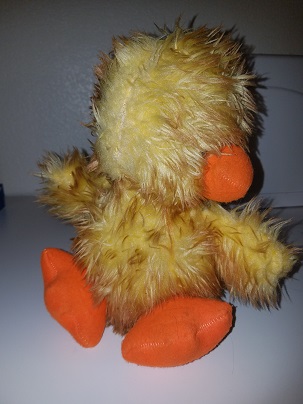