Fixing Some Past Mistakes

That isn’t a lot of time but I’ve learned so much over these past few months. The biggest, and most important, thing I’ve learned is that mistakes happen and that’s okay. They can be fixed and you can learn from those mistakes.

I’ve slowly been getting behind on my BOM. Part of it has been because I am intimidated by these new skills I’m learning each month. That’s only part of it though. The other issue is I’ve been finding my mind has been focusing on all of the flaws and mistakes I’ve made with the previous blocks. That shouldn’t be a big deal, but as I dwell on each mistake I get anxious that the quilt won’t look right or fit together correctly when it’s done which makes me not want to invest any more time into it than I already have. It’s silly, I know, but it’s what has been happening.

Each of the large blocks should measure 12 1/2″ x 121/2″ when completed, but they all haven’t reached those measurements. It’s been weighing on my mind a lot and now that I have so many blocks I need to get caught up on I knew I had to do something to move past this.

My solution was to go back this week and fix the two blocks, out of the four finished, that have been bothering me.

I have before pictures of each block that I put arrows on to point out the areas that bothered me, and then I have the after pictures.

The biggest issue were the corners. The smaller blocks on each end weren’t square for some reason. I couldn’t figure out why since I had used my Ideal Seam Guide to achieve a perfectly straight seam. Once I pulled the blocks out and examined them closely I realized my mistake had been human error when I glue basted. I forced each row to line up perfectly from one end to the other which caused a little puckering in the middle of the row for one block and very angled end blocks on the other. I should have lined the row up in the middle and then let the fabric lay the way it wanted to. 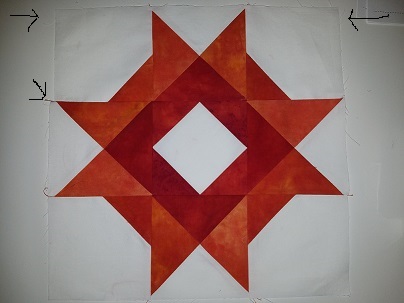 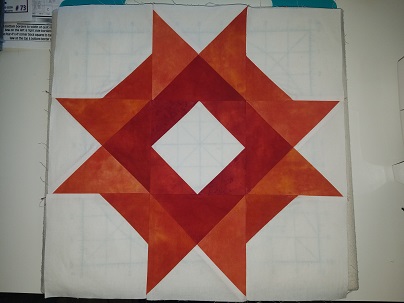 Picking the seam out wasn’t difficult but I did have to separate a little glue. It didn’t take too long and the result was subtle but made a huge improvement in my excitement level for the project. The blocks are now the right measurements and don’t have any weird puckering spots on them. 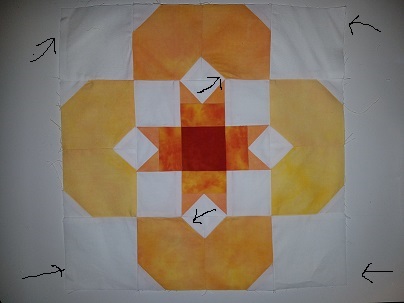 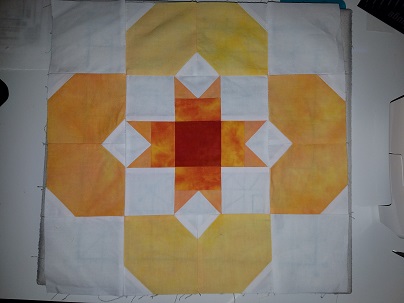 I’m really glad I took the time to fix them and figured out what went wrong so I can avoid making the same mistake in the future blocks that will be coming. 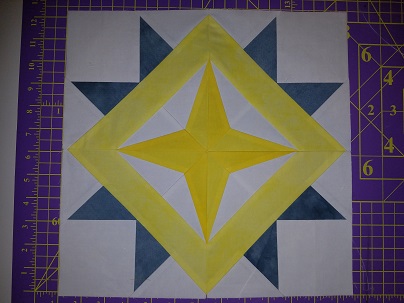 Along with the mistakes I fixed, I also finished the block I started last week. I only had two more steps to do, but it was important to me that I didn’t rush them. I think it’s my favorite block so far.

What about you? Has anyone out there experienced a lack of desire to finish a project you’re working on because the project hasn’t been going the way you wanted it to or hoped it would? What have you done to get past it?