This week I was able to tackle another quilt block for my BOM club. This particular block was another paper piecing block. I was planning on doing it as a foundation pieced block but I don’t have any light weight foundation.  So, paper it was.

I have experience doing paper piecing and I really enjoy it so I was excited about this new block. I was not excited about how complicated it was going to be. This block had SO many pieces that had to stay in very specific places or else it wouldn’t look right. I read through the instructions and found them very daunting. Thankfully, as part of the club, I had access to a step by step video that walked me through the whole process. 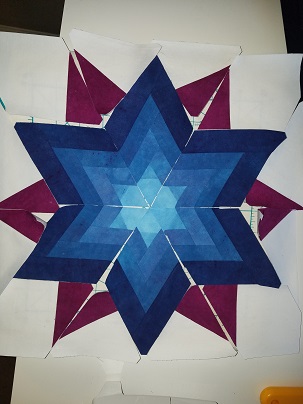 I had to assemble twelve separate segments and then attach them all together to create one cohesive block.

Laying these twelve pieces out played a huge part in staying organized. I just know I would have had to unpick many seams if I hadn’t done this first.

The final product was so close to perfect. There is just a slight misalignment in the center. You probably wouldn’t even notice if I didn’t point it out to you.

I shouldn’t have said anything about it.

Earlier in this monthly block process I would have been compelled to pick those center stitches and try again, but I have realized that I can put all of that work into it and still end up with the slight misalignment. I only say this because I spent about five minutes trying to get these lined up right and even then it still was slightly off. I don’t think I can get it any better. 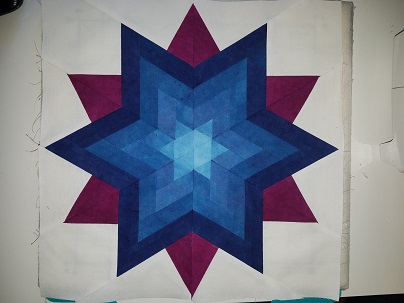 The second block I finished this week was a small Ohio Star for the same BOM club. This was the seventh one I’ve done of these so you’d think I would be able to complete it without any mistakes.

Do you see what I did? 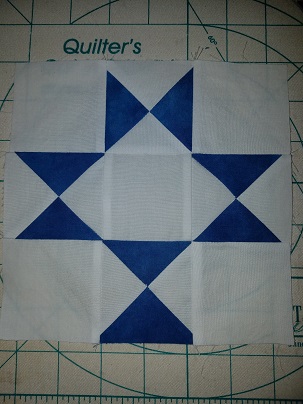 I didn’t realize I had turned the blue quarter square segment the wrong way until I was already ‘done.’

Yes, I had to undo some of the stitches, but thankfully I only had to remove one row and not all of the rows. It was a relatively easy fix and now that’s it’s done it looks perfect. 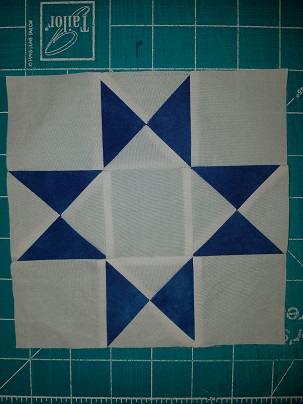 Next week I would like to work on some more of the BOM sashings that I need to bet caught up on. In addition to that, I want to make some pattern weights. They’re simple and easy and great for keeping patterns in place while you cut out the fabric rather than using pins. I need these because my Mom brought me some simple clothing patterns so I can attempt to make them. I’m really excited to branch out and add to the potential projects I can do. I probably won’t actually attempt a clothing item until after I move, but in the meantime I will make sure I have everything I need. Like pattern weights. I can’t wait to see how cute they look! 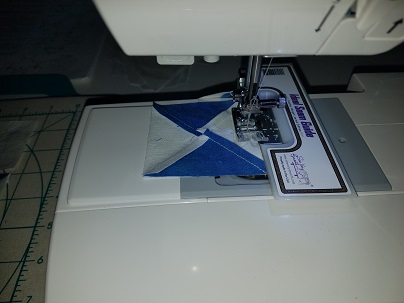 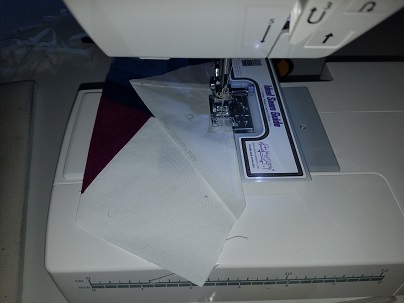