I Love These Colors

Because I’m all caught up on my BOM blocks for now I thought it was best to dive back into my red and black quilt. It was nice to have a short break from it, but I was definitely feeling ready to work on a pattern I am comfortable with and that I’ve done a lot of.

My main focus was to fix some of the blocks that didn’t look as good as they could. In case you haven’t read the original posts from when I first started these blocks I’ll explain a little about what happened. 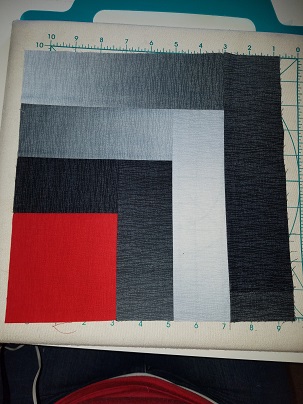 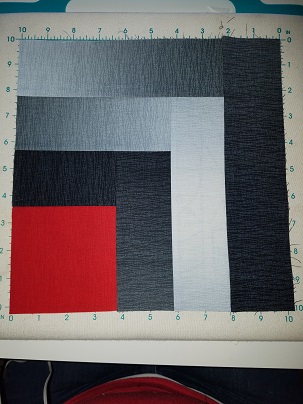 I pre-washed all of my material and unfortunately they shrunk a bit so when I cut strips from the material they were a little over an inch too short. This was a problem because I had to attach a strip of fabric to a square, cut the strip, then sew it perpendicular to where I had just cut it. I did this to create three separate layers, but the last strip was too short to cover the entire length of the block. To fix it, I cannibalized a strip I had and just added the darkest parts to the end of each strip to make it longer. It worked well with the first two but then the color from my cannibalized strip started to be too light and it became obvious that there was extra material added. It did not look good.

I didn’t have enough ombre left to use just the darkest parts on all 25 of the blocks I had to make, but I’ve really been hating how they look.

Thankfully, I realized that the next set of 25 blocks I had to make have a black square instead of a red square and that black square is an inch smaller. That meant that I actually had about five inches left that I cut off from each end. These were the perfect shade to use instead of the cannibalized strip I had been using.

I spent a bunch of time this week picking out the seams of fifteen blocks so I could redo that final strip. It was a pain in the rear, but it was worth taking the time to do it because they look so much better now. You can’t even tell that I added any material at all. 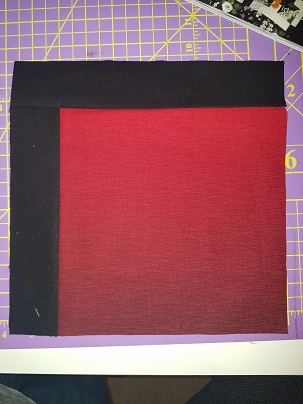 I also was able to complete the third set of blocks needed to finish the quilt. They were the easiest to do but provide the most color to the quilt so they’re my favorite.

I wish I was closer than I am to finally assembling this thing. I still need to cut out a few more strips to add to my black centered block to make them the correct size. Right now they’re an inch too short on either side. I don’t know why the instructions have you wait until they’re all done to finally cut the extra strips, but it does.

The goal this week is finish all of the blocks and actually assemble the quilt. I am so excited to get to the final steps that I don’t think I’ll have a problem achieving it. My extension table and Ideal Seam Guide are going to be so helpful in the final assembly process. 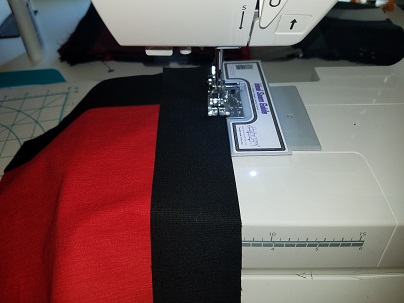