Today I was able to attend my first quilt show as a patron! Before today I had been to one in Florida, but I was there to help my Aunt and Uncle in their booth. I didn’t actually walk around and see anything, especially since they were right next to the doors so I didn’t even walk by anything to get to their booth. At the time I didn’t mind. I wasn’t sewing yet and I wouldn’t have understood most of what I was seeing.

This quilt show was different though. I was actually able to attend as a patron and walk through most of the displays. To make it even better, my Mom drove three hours just to attend the show with me!

There were so many amazing quilts, beautiful fabrics, and nifty tools. There was one quilt in particular that really jumped out at me. I just had to make it. Thankfully they had it in a kit for sale so I will be able to make it exactly the way I saw it and not settle on wanna be material. I’m excited to work on it alongside the BOM quilt I’m working on. So much goodness!

While I was at the show I also had the privilege of visiting the Sew Very Smooth booth multiple times. While I was there I tried my hand at a curve for the first time. It was intimidating, but not too hard. The Ideal Seam Guide made all the difference!

Don’t mind the extreme look of concentration on my face. I was nearing the end and trying to keep things lined up right to the very end. It’s not perfect, but not bad for my first attempt! 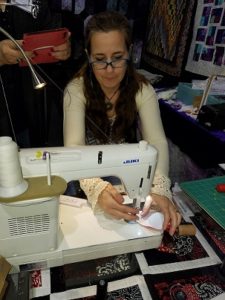 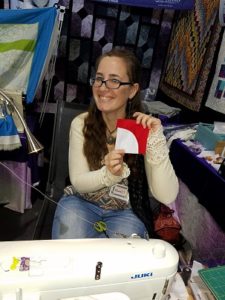 This week I also started working on quilting the detailed work of my table runner. These seams are out in the open so I want them to look as good as they can. Insert my Ideal Seam Guide.

When I first started I had to pick many a seam out. I was having trouble with my measuring and marking. The lines would be straight, but the corners of my squares weren’t properly aligned so the seam went on the diagonal. I was getting extremely frustrated and almost called it quits for a few days, but I plunged on and eventually managed to figure out a great way to mark my squares evenly.

I’m still only halfway done with them, but I don’t feel like quitting anymore. 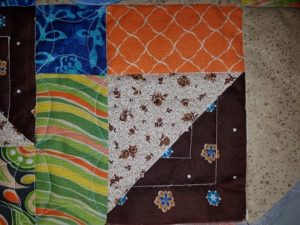 In addition to these squares I had planned on doing smaller squares within the rectangles, but that did not go well at all. I ended up picking all of them out as well and deciding on a curved design instead. They’re not perfect. I need more practice with freehand curves, but they look so much better than the little squares did.

I’ve only done these three, so I’m sure I’ll get better as I go. There are a lot of them to do so I’ll have plenty of practice. 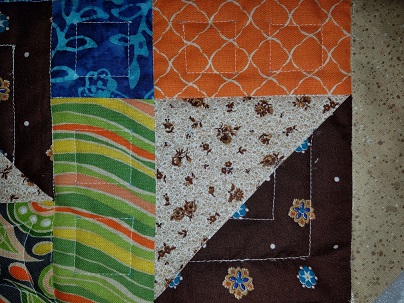 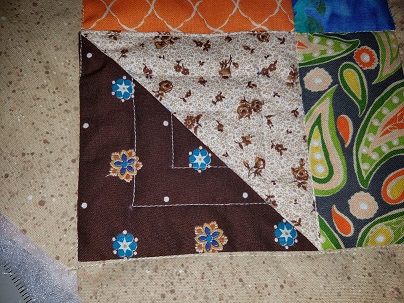 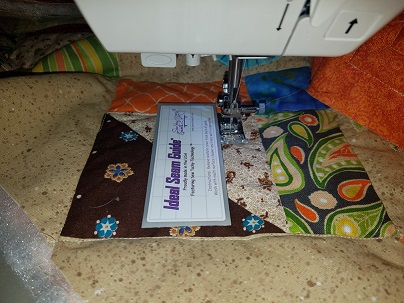