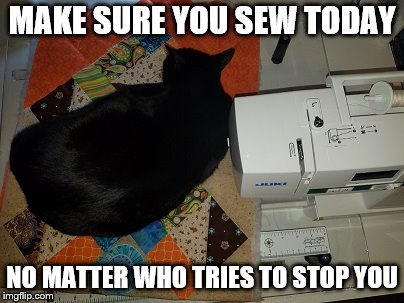 I have spent most of my time this week working on the black and red quilt. I’ve continued to make really great progress which I’m really excited about. Even with all the sewing I’ve done, there are still quite a few blocks that need to be made. I do like chipping away at them. It’s very satisfying to see my pile of cut pieces shrink and my stack of finished blocks grow.

I have wanted to take a break and continue on with my BOM blocks for April and the block for May which just came in the mail yesterday, but I keep finding myself avoiding it. I couldn’t figure out why because I don’t want to get behind and I’ve loved learning these new techniques every month. To still give myself a break from the monotony of the same blocks over and over again I decided to at least start watching the tutorial videos for the April block and I finally realized why I keep putting it off.

The April block uses foundation/paper piecing. I am terrified of this technique. When I heard about it for the first time I was curious so I looked it up. There are a lot of tutorials out there so I just picked one. The video that I watched to demonstrate it was really confusing to me. I couldn’t follow what she was doing which isn’t typical for me. I normally follow instructions really well, no matter what the medium is.

I know this isn’t going to be an easy block for me and that’s scary. The one bit of hope I’m holding on to is the fact that it should be easier to follow if I’m doing the exact same thing that they’re doing in the video. I’ll be using the same pattern and the same material for this block.

I would love to just bite the bullet and get started right now, but I realized that Christy, who runs the BOM club, recommends using a special foundation material rather than paper. I went ahead and ordered it so once it gets here in a few days I will finally tackle the block that scares me.

Has anyone else struggled with foundation/paper piecing? I know so many people love it because of it’s precision. Is it one of those techniques that looks harder than it is? Or is it difficult to learn but worth the effort put into it? It will be interesting to see how next week goes for me. 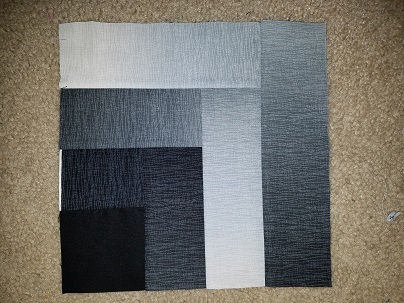