I apologize if this is a short post today. My wrist is in a brace from carpel tunnel and it is difficult to type sufficiently.

I’m happy to report that I met my goal and then some for this week. I’ve been in a much better place mentally, despite the issue with my wrist. I was able to cut out all of the grey pieces I need for the rest of my sashings and as many white pieces as I could with the fabric that I had available. I just received October’s BOM with more white so I should be able to finish cutting the white triangles next week.

Not only did I cut the pieces, which was my only goal, I also assembled three complete sashings with the white pieces I had available. Unfortunately, once they were done, I realized I had accidentally switched two of the grey placements so they didn’t match the original sashings I had already made.

The difference isn’t very noticeable in the picture, but in reality the contrast is extreme. The ‘correct’ sash is on the left and the wrong one is on the right.

I didn’t want to, but I took the time to unpick the offending pieces and move them around. I forgot to take a picture of them once the switch had been made, but I’ve posted plenty of them before so it seems redundant anyway. 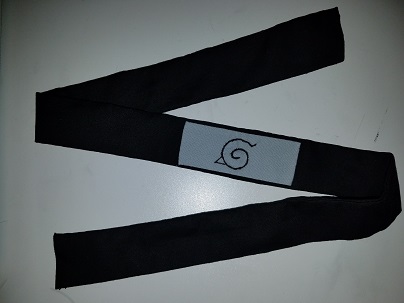 He hasn’t let me try it on him yet and every time I tried to measure his head he freaked out…so he may not actually use it. BUT, I love it anyway. I’m hoping that once his sisters see it and get excited about it that he’ll get on board and want to wear it.

This year I’ve limited myself to just making this headband. I’m hoping that next year I’ll be able to do more as far as Halloween costume preparation. It’s such a useful thing to be able to do. I just need the kids to pick things that I actually feel like I can make. Right now I’m limited, but I’m hoping with ten more months of practice I’ll feel confident to tackle some fun costume ideas. 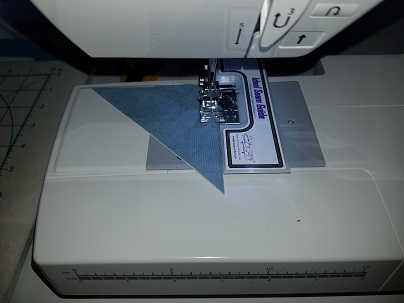