A New Way To Applique

I loved this week, but it also caused me a bit of frustration.

The technique used for this particular block is turned under applique. You use a foundation fabric for paper piecing and then glue the edges of each piece down and around the edges. It makes for a cleaner finish with your applique pieces.

The preparation stage was really fun, but the actual applique part has been a bit of a struggle. I’ve been using the invisible thread, though at this point I can’t remember its technical name. I know some people have problems with this particular thread and now I know why. 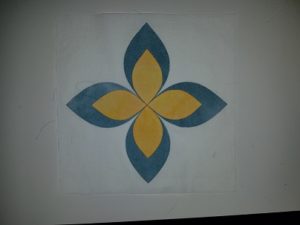 This is what I’ve accomplished so far. You can sort of see the stitches down the grey leaf that’s on the left.

If I can’t get the machine threaded after a few more attempts I may give up and just hand stitch it. If I were to do that it might cause me to unpick all of the stitching I’ve already done so that they actually match, but there is a small chance I can mimic the look of the machine stitches. I suppose I won’t know for sure until I try. I’m hoping I’ll have a finished block by next week, but we’ll see.

Do any of you lovely quilters have any advice for using the invisible thread? I could really use some tips. 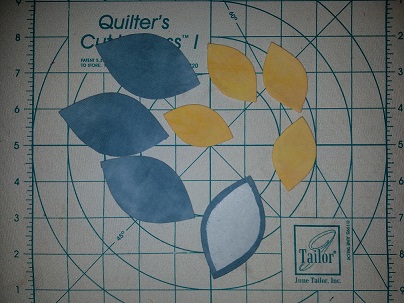